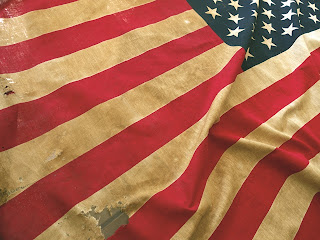 November 27, 2012 – Austin, TX. The Federation of Genealogical Societies (FGS) is pleased to announce that the War of 1812 “Preserve the Pensions” Digitization Fund received a generous donation this week of $250,000 from FamilySearch, a nonprofit organization and world leader in the genealogy community. The donation helps move the Fund closer to its goal of $3.7 million in donations to digitally preserve and index the War of 1812 pension and bounty land records.

The War of 1812, often called the “Second Revolution,” was a pivotal moment in our Nation’s history. Individual states struggled to become one nation after a long-fought Revolution, and the “American Experiment” was still at a precarious stage. The strength and courage of the patriots who fought in the War of 1812 ensured that our American Revolution did not end up as a mere footnote to British history and conquest. Instead, valiant farmers, merchants, seamen, fathers, and sons became soldiers to fight for what they and their fathers had believed in: their American home.

Now, two hundred years later, the War of 1812 “Preserve the Pensions” Digitization Fund celebrates their success, honor, and memories by digitally preserving the veterans’ pension records and making them freely accessible to all online. The initiative will digitally preserve the 180,000 War of 1812 pension records (7.2 million pages) located at NARA, and create a searchable index online. Currently, NARA receives over 3,000 patron requests per year for copies of soldiers’ files.

“The Federation is extremely grateful to FamilySearch for their generous support of this enormously important endeavor,” said Curt Witcher, vice president of development for FGS. “Linking the genealogical community, marshaling that community’s resources, preserving and making accessible records that document our heritage—all are central to the Federation's mission. FamilySearch’s very generous pacesetting gift helps ensure that this 21st century preservation and access project is a reality.”

The War of 1812 files are very valuable to family historians and genealogists because they contain rich information such as:
Anyone can donate to the project at www.fgs.org/1812. Each pension page costs $0.45 to digitize. Each dollar of contribution digitizes two pages. Every little bit helps. To view the FREE images already online, go to: http://go.fold3.com/1812pensions.

FamilySearch is the largest genealogy organization in the world. FamilySearch is a nonprofit, volunteer-driven organization sponsored by The Church of Jesus Christ of Latter-day Saints. Millions of people use FamilySearch records, resources, and services to learn more about their family history. To help in this great pursuit, FamilySearch and its predecessors have been actively gathering, preserving, and sharing genealogical records worldwide for over 100 years. Patrons may access FamilySearch services and resources for free at FamilySearch.org or through more than 4,600 family history centers in 132 countries, including the main Family History Library in Salt Lake City, Utah.