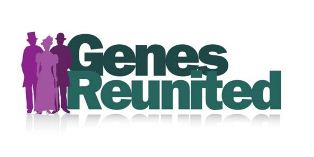 To coincide with Remembrance Day, UK family history site, Genes Reunited has released a variety of military records taking its collection to 8.5 million.

Another fantastic record for family historians are the recently added Prison Hulk Registers from 1811-1843. These records detail the conditions on the prison ships and give an insight into the characters of the prisoners onboard. We’ve found a 14 year old boy, James Smith, who was described by officials as “An unfortunate depraved boy almost past reformation.” The records also detail the crimes committed and we’ve uncovered a 16 year old convicted for 7 years on the Prison ships for stealing cheese.

Rhoda Breakell, Head of Genes Reunited, comments: “From the Harold Gillies Archive to the Military Nurses 1856 – 1940 we’ve released a huge variety of records. These new records will be an invaluable resource for people wanting an insight into the lives of their ancestors. ”

From today people interested in tracking down their ancestors can visit www.genesreunited.co.uk and search the latest records listed below:
The newly added military records can be viewed on a pay-per-view basis or Platinum members can choose to add on the record set to their package for a low cost. The military records have been added to the existing military additional features package.

Genes Reunited was launched in 2003. Since then it has grown to become one of the UK’s largest genealogy websites. It marked a revolution in genealogy and ancestry by combining them with online social networking. Members are able to build their family tree by posting it on the site and investigating which ancestors they share with other members. They can also search historical records such as census, birth and death records. Genes Reunited has over 12 million members and over 780 million names listed. A new member joins the site every second.
Posted by Thomas MacEntee on November 08, 2012
Email ThisBlogThis!Share to TwitterShare to FacebookShare to Pinterest
Labels: Genes Reunited, military resources, UK genealogy
Newer Post Older Post Home