The Federation of Genealogical Societies Forms the Society of Preservation Patriots 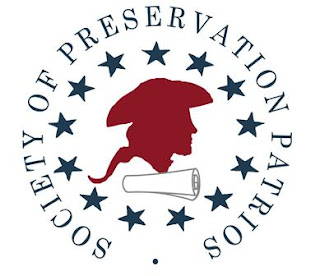 The Federation of Genealogical Societies (FGS) announces the creation of a new society to promote the preservation of records in the National Archives and Records Administration (NARA): The Society of Preservation Patriots. This new group recognizes donors who have contributed $250 or more to the Stern-NARA Gift Fund or the current Preserve the Pensions initiative, a project to digitally capture the 7.2 million images from the 180,000 pensions of those who served in the War of 1812.

Recognition for members will include a new pin designed especially for the society. The pins will be mailed directly to contributors. The names of members of the society will also be listed on the FGS website.

The Federation of Genealogical Societies has posthumously named Rabbi Malcolm H. Stern as the first member of the newly formed Society of Preservation Patriots for his vision and leadership. As chair of the Genealogical Coordinating Committee, he established the NARA Gift Fund, later named the Stern-NARA Gift Fund after his death in his honor. It was Rabbi Stern’s efforts that led to collecting money to then microfilm and distribute copies of high value records for genealogists to the regional National Archives Branches records that were held at NARA in Washington, DC. Long known for his tireless efforts, he challenged member societies of FGS to ask each of their members to contribute $1 per year toward the fund, a request that still stands today.

Over the years, through the generous donations of the genealogical community, numerous records have been microfilmed and made available to genealogists. A few examples are:
FGS invites you to become a member of the Society of Preservation Patriots by contributing your gift of $250 or more to the Stern-NARA Gift Fund or the Preserve the Pensions project. Visit http://www.preservethepensions.org or http://www.fgs.org/cstm_STERN-NARA.php for more information.