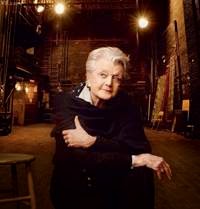 October 8, 2014 – Boston, MA – On November 13, 2014, NEHGS will host an exclusive evening with the critically acclaimed actress, Dame Angela Lansbury at the Four Seasons Hotel, Boston. She will be presented a prestigious Lifetime Achievement Award in the Performing Arts and a custom-designed genealogical family tree.

With a legendary career spanning seven decades and critically acclaimed roles in film, theatre, and television, Angela Lansbury is one of the most venerated and beloved performers of our time. The recipient of five Tony Awards, six Golden Globes, an honorary Academy Award, eighteen Emmy Award nominations, and numerous other honors, including the Screen Actors Guild Life Achievement Award, her film career began with Oscar-nominated roles in Gaslight (1944) and The Picture of Dorian Gray (1945). These performances were followed by eleven more films at MGM, including State of the Union with Katherine Hepburn.

In 1966, her theatrical career soared when she starred as the irrepressible Mame Dennis in the Broadway musical smash hit Mame; she went on to star in many acclaimed stage roles, including Dear World, Gypsy, Sweeney Todd, Deuce, Blithe Spirit, and A Little Night Music. On television, she is best known to worldwide audiences as sleuth Jessica Fletcher on Murder, She Wrote. She is a recipient of the National Medal of Arts (1997) and a Kennedy Center Honors Award (2000). In 2014, she was appointed a Dame Commander of the Order of the British Empire by Queen Elizabeth II.

Please join us for this rare opportunity as we enjoy a retrospective of some of her most famous roles in film, theatre and television, as well as a lively conversation about her career and family heritage. Tickets for this event are $175 and include a reception, awards presentation and dinner. To register or to learn more, visit www.AmericanAncestors.org/Lansbury or contact Manda Shepherd at manda.shepherd@nehgs.org or 617-226-1215.
Posted by Thomas MacEntee on October 15, 2014
Email ThisBlogThis!Share to TwitterShare to FacebookShare to Pinterest
Labels: NEHGS, New England Historic Genealogical Society
Newer Post Older Post Home