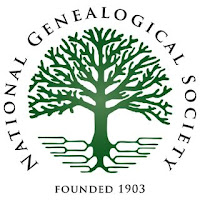 Would your society like to honor a genealogist whose exemplary work lives on today? Perhaps there was a notable genealogist in your state or county whose name should be memorialized in the National Genealogy Hall of Fame.

If so, the National Genealogical Society would like to hear from you. NGS is seeking nominations from the entire genealogical community for persons whose achievements or contributions have made an impact on the field. This educational program increases appreciation of the high standards advocated and achieved by committed genealogists whose work paved the way for researchers today.

Since 1986 when Donald Lines Jacobus became the first genealogist elected to the National Genealogy Hall of Fame, twenty‐five outstanding genealogists have been recognized for their contributions. The 2015 honoree will join this select group of distinguished members. This year’s selection, and the society that honored the nominee, will be feted at the 2015 NGS Family History Conference to be held in St. Charles, Missouri. Nominations for election to the Hall of Fame are made by genealogical societies and historical societies throughout the United States.

Guidelines for nominations:
Nominations for election to the Hall of Fame are due by 31 January each year. Official nomination forms are available from our website, www.ngsgenealogy.org, Awards & Competitions, or by contacting the National Genealogical Society, 3108 Columbia Pike, Suite 300, Arlington, VA 22204‐4304; phone 1‐800‐473‐0060.

About the National Genealogical Society

Founded in 1903, the National Genealogical Society is dedicated to genealogy education, high research standards, and the preservation of genealogical records. The Arlington, Virginia–based nonprofit is the premier national society for everyone, from the beginner to the most advanced family historian, seeking excellence in publications, educational offerings, research guidance, and opportunities to interact with other genealogists. Please visit the NGS Pressroom for further information.