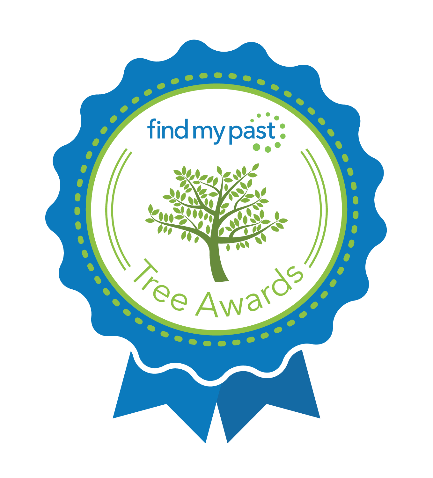 The seven-day event will provide getting started guides, expert insights, useful print-outs and resources, and a wealth of family history prizes.

Findmypast will also be launching its first ever Findmypast Tree Awards – a contest for the best family tree built or uploaded to Findmypast. Four winners across four categories will be selected by an expert panel of judges and will be awarded a selection of prizes.

Findmypast’s Start Your Family Tree Week will include something for everyone, from beginners to expert genealogists.

In advance of Start Your Family Tree Week, Findmypast has just launched the beta version of Hints on family trees.

From now on, as users add to their family tree Hints will sift through millions of records to identify matches, instantly suggesting relevant historical records and potential new relations. This development not only helps users find new information, but has been carefully designed to make it easy for new users to start their trees, and to make it simple to review and add new facts.

Findmypast’s Hints currently provides matches from their birth, baptism, marriage, death, and burial records across the UK, US, Ireland, and Australia. In the near future, Hints will also be provided to the many other record sets within Findmypast. Hints for an individual are activated when their information is updated in your family tree.

Millions of record sets to be released

To launch Start Your Family Tree Week, Findmypast will be releasing millions of records from around the world. These include over 90,000 Revolutionary War pension records, 6.5 million of birth, marriage and death records from New South Wales, Australia, 60,000 Devon Social and Institutional Records from the 18th and 19th centuries, thousands of court, asylum and burial records from Yorkshire, fascinating Scottish records.

Visit our dedicated Findmypast Friday page to find out more.

Findmypast has been a leading family history website for more than 10 years. It’s a searchable online archive of over 2 billion family history records, from parish records and censuses to migration records, military collections, historical newspapers and lots more. For our members around the world, Findmypast is a crucial resource for building family trees and doing detailed historical research.

In April 2003 the company was the first to provide access to the complete birth, marriage, and death indexes for England & Wales, winning the Queen’s Award for Innovation. Since that time, Findmypast has digitised family history records from across the globe, including major collections from Britain, Ireland, Australia, and the United States. In partnership with the British Library, Findmypast is part of a project to safeguard the future of the world’s greatest newspaper archive – allowing digital access to more than 40 million newspaper pages. Recently, The National Archives awarded the company the exclusive rights to put the 1939 Register for England and Wales online.
Posted by Thomas MacEntee on December 19, 2014
Email ThisBlogThis!Share to TwitterShare to FacebookShare to Pinterest
Labels: FindMyPast
Newer Post Older Post Home