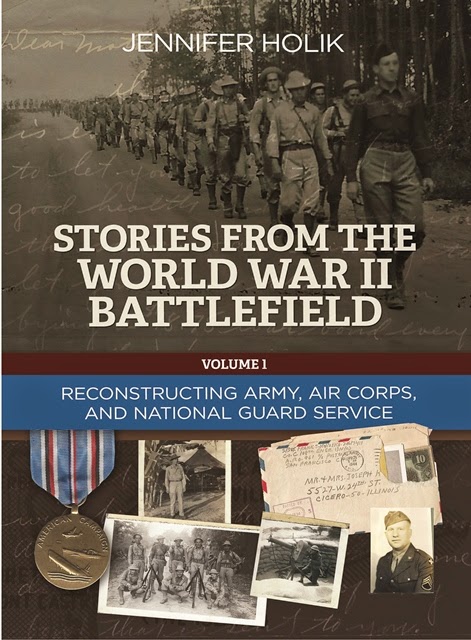 “ALL THE RECORDS BURNED!”

Have you heard that phrase regarding the status of Army, Air Corps, and National Guard records from World War II? Roughly 80% of these records did burn in a fire in 1973. This is not however, the end of the road for researchers. Many other record sources exist to reconstruct the service history of a World War II soldier.

All the tools researchers need to start exploring their World War II soldier’s service are included in this volume.


Through dozens of examples, checklists, and document images, researchers are taught how to analyze the Official Military Personnel File, records created for the Missing, the Prisoners, and the Dead, and numerous other records which may help reconstruct the service history.

This is the most important reference guide researchers need to begin researching and writing the story of their Army, Air Corps, and National Guard World War II soldier available today.

As a researcher and writer she can help you research and piece together the stories of your ancestors, particularly if they served during World War II. Jennifer is also on staff at the World War II History Network where she assists with the genealogy group.
Posted by Thomas MacEntee on March 02, 2015
Email ThisBlogThis!Share to TwitterShare to FacebookShare to Pinterest
Labels: books, Jennifer Holik, military resources, publication
Newer Post Older Post Home