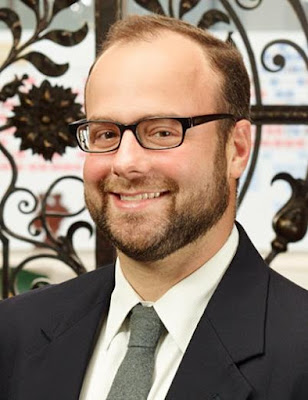 August 19, 2015—Boston, Massachusetts—Christopher C. Child, Senior Genealogist of the Newbury Street Press at New England Historic Genealogical Society (NEHGS), has been named editor of the Mayflower Descendant, the Society announced today. Child is an award-winning genealogist and author of important published studies of American family history. He will begin his assignment as editor with the winter 2016 issue of the journal, the first to be published by NEHGS, while retaining his responsibilities with Newbury Street Press.

In making the announcement of Child’s appointment, Penny Stratton, NEHGS Publishing Director, stated “Chris Child is an excellent choice for this new position, poised to bring his well-articulated vision of genealogical scholarship to this very important journal.”

Child is the recipient of two publishing awards this year: Ancestors and Descendants of George Rufus Brown and Alice Nelson Pratt (2013, co-written with Patricia Law Hatcher and Kelvin L. Meyers) won the Brainerd T. Peck Award from the Connecticut Genealogical Society, and The Nelson Family of Rowley, Massachusetts (2014) won the Award for Excellence in Genealogy and Family History from the National Genealogical Society. In 2012 his book with NEHGS colleague Scott Steward, Descendants of Judge John Lowell (2011) won both those awards as well as the prestigious Donald Lines Jacobus Award of the American Society of Genealogists.

Child has been associated with NEHGS since 1997, first as a librarian and researcher, and later joining the Publications team as Genealogist of the Newbury Street Press in 2006. He also serves as editor of the genetics column in American Ancestors magazine and contributes frequently to the Vita Brevis blog of NEHGS.

An experienced and in-demand lecturer and consultant, Child has contributed many articles to scholarly genealogical journals, including the Mayflower Descendant. His wide-ranging research interests include, as well as Mayflower ancestry, colonial New England genealogy (especially Connecticut), presidential genealogy, and DNA. Chris holds a B.A. in history from Drew University in Madison, New Jersey.