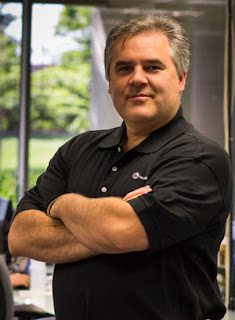 SALT LAKE CITY, (13 January 2016)—RootsTech, the world’s largest family history technology conference, will turn the spotlight on highly successful tech entrepreneur and founder of Insidesales.com, Ken Krogue, as its 2016 Innovator Summit keynote speaker. Innovator Summit, held the first day of RootsTech, is for developers, entrepreneurs, and innovators who want to explore business and technological opportunities within this multibillion dollar industry.

The Innovator Summit will be held Wednesday February 3, 2016, at the Salt Palace Convention Center in Salt Lake City, Utah.

Kenneth Krogue cofounded InsideSales.com in November 2004, and the company is now worth 1.5 billion dollars. InsideSales.com offers the industry’s leading sales acceleration built on Neurolytics®, a predictive and self-learning engine that drives revenue growth by recommending the best leads to contact and close. He sets the vision for the company together with CEO, Dave Elkington. Ken has more than 24 years of experience in sales, business strategy, and marketing in both domestic and international markets.

As a contributor for Forbes online, Krogue focuses on using the Internet, InsideSales, lead generation, gamification, and social media to grow business. Ken says, “I’m an American who cares enough to speak up and a serial entrepreneur with a short attention span, so I need things to work really fast.” Ken is a popular speaker at industry events (20+ each year) and confesses he shares “almost” all of his trade secrets on his personal blog: http://www.kenkrogue.com

The Innovator Summit Keynote Session begins at 9:00 a.m., followed by a full day of classes, the semifinal round of the RootsTech Innovator Showdown over a boxed lunch, a networking social, and wrapping up with the Innovator Summit Hack-a-thon for those with a penchant for late night collaborative coding.

Twelve semifinalists have been chosen and announced for the RootsTech Innovator Showdown, the annual contest designed to foster innovation in the family history industry, with $100,000 in cash and prizes offered by sponsors. 2016 RootsTech Innovator Showdown sponsors include Lenovo, IPOP Foundation, David Bradford, Grow Utah, Woodbury Corporation, Hero Partners, Infinite Mind, and others.

For more Innovator Showdown information and to see the list of 12 semi-finalists and their projects, visit www.rootstech.org/showdown.

RootsTech, hosted by FamilySearch, is a global conference celebrating families across generations, where people of all ages are inspired to discover and share their memories and connections. This annual event has become the largest of its kind in the world, attracting tens of thousands of participants worldwide.
Posted by Thomas MacEntee on January 13, 2016
Email ThisBlogThis!Share to TwitterShare to FacebookShare to Pinterest
Labels: FamilySearch, RootsTech
Newer Post Older Post Home