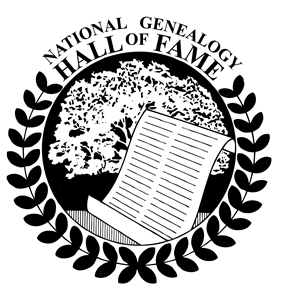 Since 1986 when Donald Lines Jacobus became the first genealogist elected to the National Genealogy Hall of Fame, thirty outstanding genealogists have been recognized for their contributions to their local, state or national societies, or simply to the greater genealogical community. The 2016 honoree will join this select group of distinguished members, and the winner, and the society that honored the nominee, will be announced in May at the NGS 2016 Family History Conference in Fort Lauderdale, Florida.

This is an opportunity for your society to honor a genealogist whose efforts or legacy projects have helped genealogists today. Perhaps there was a notable genealogist in your state or county whose name should be memorialized in the National Genealogy Hall of Fame.

If your society’s nomination is the winner, your nominee will receive national exposure for their contributions to the field.

A nominee must have been actively engaged in genealogy in the United States for at least ten years, been deceased for at least five years at the time of nomination, and made contributions to the field of genealogy judged to be of lasting significance in ways that were unique, pioneering, or exemplary.