This project is based on Mark Herber’s growing collection of war memorial photographs and personally checked transcriptions. It honours those men and women, who died or served our country in military conflict over the years and it already features over 20,000 detailed photographs of more than 1,200 memorials, commemorating over 270,000 people, with their names (and the memorial’s information about them) transcribed and indexed.

Details that can be found in these memorial records include: 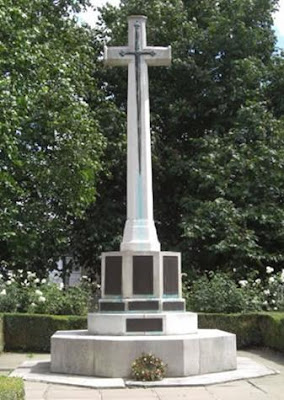 War-Memorial.co.uk’s collection includes a very large number of records from the Boer War of 1899-1902 and WW1 and WW2, but it also includes memorials from as early as the 17th century up to very recent conflicts such as Northern Ireland and Afghanistan. Soldiers, sailors, aircrew and civilians are all featured - and not just those who died. Many men and women who served but survived also appear in the records.

Using the sophisticated search technology and just basic details you can locate full information on War Memorials on which men and women are commemorated, find more details about them (such as their regiments, ships, ranks and medals), discover the location of the War Memorial and see images of the memorial itself and a close up view of the name of your ancestor!

War-Memorial.co.uk is offering some great value options to suit every pocket starting at £5 for a month’s access, £9.95 quarterly, or take out a great value annual subscription at only £29.95.

Example of finding your ancestor in the records

Here we find the unusual records of a Thomas Ambrose, who was killed in 1916 by a bomb from a German airship flying over Sudbury. The transcribed record details how he died and where he is commemorated, as shown below:

Each transcript brings up details of the memorial with overview images of the entire memorial so you can find your ancestor using just their name, locate their memorial and add the images and information to your family history records, or even plan your visit!
Posted by Thomas MacEntee on July 11, 2016
Email ThisBlogThis!Share to TwitterShare to FacebookShare to Pinterest
Labels: military records, UK genealogy
Newer Post Older Post Home