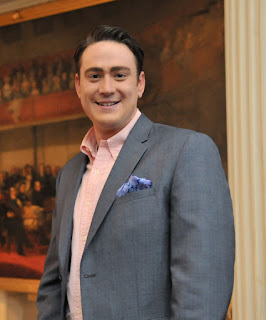 Awards To Be Made At FGS 2016 Conference, September 3, 2016
Honorees Include Josh Taylor of "Genealogy Roadshow"


August 22, 2016 – Springfield, IL. On Saturday, September 3, 2016, eight individuals will be honored by the Illinois State Genealogical Society (ISGS) with awards for their outstanding achievements in the field of genealogy. ISGS will present the awards at the upcoming Federation of Genealogical Societies (FGS) Annual Conference – Time Travel: Centuries of Memories – August 31–September 3, 2016 in Springfield, Illinois. The recipients include:
Dawn Carey Henry, ISGS President, notes: “Once a year ISGS takes time to recognize some of our exceptional volunteers and those who have to contributed to the genealogical community as a whole. This year is no exception. I am delighted to acknowledge and honor this year’s recipients. Thank you for your dedication to ISGS and sharing your passion for genealogy. Congratulations to each of the winners!”