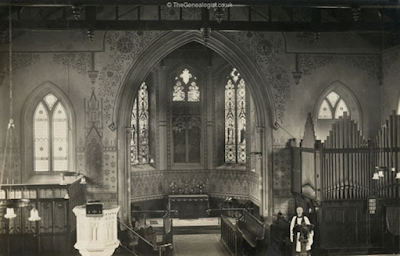 If your ancestor held a prominent position in a religious organisation then you may find them in amongst a number of recent releases at TheGenealogist.co.uk. The new records include:
These records compliment an already wide range of religious occupational records such as Cox's Clergy Lists and Crockford's Clerical Directories, Jewish Seatholders, Catholic Registers, and Directories already on TheGenealogist.

Diamond subscribers can access these records by going to the Search tab on the home page - scrolling down to Occupational Records and then selecting the type of records that they are interested in.
Posted by Thomas MacEntee on September 21, 2016
Email ThisBlogThis!Share to TwitterShare to FacebookShare to Pinterest
Labels: occupational records, The Genealogist, UK genealogy
Newer Post Older Post Home