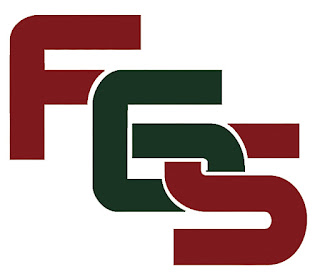 October 28, 2016 – Austin, TX. The Federation of Genealogical Societies (FGS) announces the results of its recent election for FGS officers and board members. The election was conducted online September 1-30, with all FGS delegates eligible to vote. Office terms for those elected will begin on January 1, 2017.

Concerning the recent election results, outgoing FGS President D. Joshua Taylor states, "It has been an honor to lead the Federation for the past four years. I cannot wait to watch the Federation continue to grow under the leadership and direction of Rorey and the Board of Directors in the coming years."
President-elect Rorey Cathcart adds, “Thank you for this wonderful privilege and opportunity to serve the Federation as President. I look forward to working with our talented, dedicated Board of Directors on behalf of our member societies and the genealogical community at large.”


The complete list of current FGS officers and board members can be found on the FGS website at http://www.fgs.org/about.php.

The Federation of Genealogical Societies (FGS) was founded in 1976 and empowers the genealogical and family history community, especially its societies and organizations, by advocating for the preservation and access of records and providing resources that enable genealogical organizations to succeed in pursuing their missions. FGS helps genealogical societies and family history enthusiasts alike to strengthen and grow through online resources, FGS FORUM magazine, and through its annual national conference which provides four days of excellent learning opportunities for both societies and family history enthusiasts. Also, FGS was the driving force behind the Civil War Soldiers and Sailors project alongside the National Parks Service and since 2010, has been actively involved in Preserve the Pensions, an effort to raise more than $3 million to digitize and make freely available the pension files from the War of 1812. To learn more visit fgs.org.
Posted by Thomas MacEntee on October 30, 2016
Email ThisBlogThis!Share to TwitterShare to FacebookShare to Pinterest
Labels: Elections, Federation of Genealogical Societies, FGS
Newer Post Older Post Home