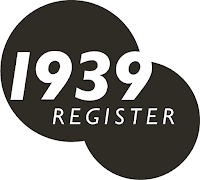 The 1939 Register was launched online on November 2nd 2015 by Findmypast in association with The National Archives. Dubbed ‘The Wartime Domesday Book’, it is a comprehensive survey of the civil population of England and Wales at the onset of the Second World War. One year on, more than five million ‘closed records’ have been opened up and are now available to search.

November 16th 2016, one year on since the eagerly awaited 1939 Register was launched online by Findmypast, more than five million additional records have been made available, providing more people than ever before with the opportunity to discover details of their family, their home and their community.

In September 1939, just days after war had been declared, 65,000 enumerators were employed to visit every house in England and Wales to take stock of the civil population. The information that they recorded was used to issue Identity Cards, plan mass evacuations, establish rationing and co-ordinate other war-time provisions. In the longer term, the 1939 Register would go on to play a central role in the establishment of post-war services like the NHS.

The Register was updated in some cases until 1991, meaning that many people born less than 100 years ago but who had died prior to 1991 had their record opened automatically. Owing to data protection regulations, the personal details of people known to be born less than 100 years ago and still alive, had to be kept hidden. Records such as these were marked as ‘officially closed’ and, of the 41 million original records that make up the register, approximately 13 million (around 32%) were ‘closed’ at publication.

In the year since the Register was launched, Findmypast has matched millions of ‘closed records’ to multiple data sources to correctly confirm the date and location of death for individuals recorded. This process has resulted in more than three million records being opened in the past 12 months, while an additional two million records have been opened in the past week to mark the anniversary of the register’s launch.

The 1939 Register now contains more than 32.8 million open records that can now be accessed as part of a 12-month British or World subscription. Each record includes the names of inhabitants at each address, their date of birth, marital status and occupation. A wealth of contextual information, including period photographs never before seen online, infographics, region-specific newspaper articles and historical and contemporary maps, are personally tailored to each record, offering a rich and unique user experience unrivalled by any other family history research tool to date.

The 1939 Register is of particular significance for family historians as it bridges an important 30-year gap. The 1931 census was destroyed in the war and the 1941 census was never taken. The 1921 census will not be released until 2022.

Paul Nixon, military expert at Findmypast says: “It is fitting that the 1939 Register, so long a ‘living document’ that was continually updated by the NHS, is still very much alive now that is has been published by Findmypast. The opening up and release of a further five million records in the last 12 months means that more than ever before we can reach out to our recent past and discover where our ancestors were living, and what they were doing at the start of the Second World War.”

Audrey Collins, family history records specialist at The National Archives says: “The 1939 Register has been a tremendous resource for family and local historians since it was released, and has become even better since then. As well as five million new records, and the addition of the 'Browse' function, there are unexpected finds: details of previous military service and unusual 'occupations' such as 'on holiday from Australia'. And the first two people in the whole register were called Mr and Mrs Start!”

Findmypast (previously DC Thomson Family History) is a British-owned world leader in online family history. It has an unrivalled record of online innovation in the field and 18 million registered users across its family of online brands, which includes Lives of the First World War, The British Newspaper Archive and Genes Reunited, amongst others.

Its lead brand, also called Findmypast, is a searchable online archive of over four billion family history records, ranging from parish records and censuses to migration records, military collections, historical newspapers and lots more. For members around the world, the site is a crucial resource for building family trees and conducting detailed historical research.

In April 2003, Findmypast was the first online genealogy site to provide access to the complete birth, marriage, and death indexes for England & Wales, winning the Queen’s Award for Innovation. Since that time, the company has digitised records from across the globe, including the 1911 Census which they digitised in association with The National Archives.

About The National Archives

The National Archives is one of the world’s most valuable resources for research. As the official archive and publisher for the UK government, and England and Wales they are the guardians of some of the UK's most iconic national documents, dating back over 1,000 years. Their role is to collect and secure the future of the government record, both digital and physical, to preserve it for generations to come, and to make it as accessible and available as possible. The National Archives brings together the skills and specialisms needed to conserve some of the oldest historic documents as well as leading digital archive practices to manage and preserve government information past, present and future.
http://www.nationalarchives.gov.uk/ http://www.legislation.gov.uk/

This message is confidential and may contain privileged information. You should not disclose its contents to any other person. If you are not the intended recipient, please notify the sender named above immediately. It is expressly declared that this e-mail does not constitute nor form part of a contract or unilateral obligation. Opinions, conclusions and other information in this message that do not relate to the official business of findmypast shall be understood as neither given nor endorsed by it.
Posted by Thomas MacEntee on November 16, 2016
Email ThisBlogThis!Share to TwitterShare to FacebookShare to Pinterest
Labels: FindMyPast, UK genealogy
Newer Post Older Post Home