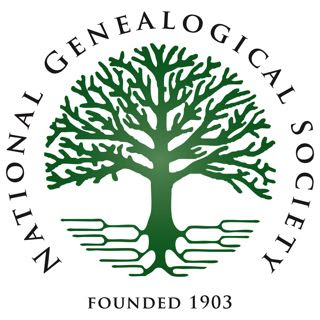 ARLINGTON, VA, 12 MAY 2017—The National Genealogical Society (NGS) held its annual banquet on Friday evening, 12 May, at the NGS 2017 Family History Conference in Raleigh, North Carolina, to present awards that acknowledge and honor genealogical scholarship and service.  The banquet speaker, Stuart Watson, spoke on the topic “Who is Family.” Each year, these awards are presented to organizations and individuals who have made outstanding contributions to NGS programs or have performed outstanding work in the field of genealogy, history, biography, or heraldry.

Beginning in 1986, the National Genealogy Hall of Fame program, administered by the National Genealogical Society, has honored outstanding genealogists whose achievements in the field of American genealogy have had a great impact on our field. Qualified nominations are solicited annually from genealogical organizations. Those nominated must have been deceased for at least five years and have been actively engaged in genealogy for a minimum of ten years. Their contributions to the field of genealogy in this country need to have been significant in a way that was unique, pioneering, or exemplary. Such contributions could have been as an author of books or articles that added significantly to the body of published works, served as a model of genealogical research or writing, or made source records more readily available. Nominees could also have been a teacher or lecturer, or contributed to the field through leadership in a genealogical organization or periodical. Entries are judged by a panel of genealogists from various parts of the United States.

This year, Peter Stebbins Craig, whose nomination was made by the American Society of Genealogists and the Swedish Colonial Society, was elected to the National Genealogy Hall of Fame.

Peter Stebbins Craig, a devoted historian and relentless genealogist, specialized in publishing genealogies of the first European settlers of southeastern Pennsylvania, Delaware, and New Jersey. This settlement, better known as New Sweden, began in 1638 along both sides of the Delaware River. Craig was born in Brooklyn, New York, on 30 September 1928 and died in Washington, D.C., on 26 November 2009. His pioneering research and significant publications on the early Swedish settlers in the Delaware Valley earned him fellowships from both the American Society of Genealogists and the Genealogical Society of Pennsylvania in 1991. In recognition of his contributions to Swedish history, King Carl XVI Gustaf of Sweden bestowed on him the title of Knight First Class of the Royal Order of the Polar Star in 2002. He was awarded a Lifetime Achievement Award in 2009 by the Swedish Colonial Society in Philadelphia.

He was the founder of the journal Swedish Colonial News, published by the Swedish Colonial Society. There he published dozens of his articles on Swedish and Finnish families in southeastern Pennsylvania and New Jersey. He served as both historian and genealogist for the Society. He also chaired the publication committee that initiated the Gloria Dei Church records series titled Colonial Records of the Swedish Churches in Pennsylvania. Now in six volumes, this indispensable reference work details the church records for the years 1646-1768. He left his extensive research collection including books and monographs to the Society. They are adding his research, “The Craig Collection,” to the Society’s website.

As contributing editor for the Swedish American Genealogist, he published numerous articles. Especially notable are his “New Sweden Settlers,” an eight-part series that ran from 1996 to 1999, and “The 1693 Census of Swedes on the Delaware,” a series published 1989 to 1991.

Peter Craig received his BA from Oberlin College in 1950 and his law degree from Yale Law School in 1953. Prior to his career in genealogy, he was a lawyer specializing in railway law in various private and government positions. He served on the boards of the Swedish Colonial Society and the Genealogical Society of Pennsylvania and often lectured on the “Antient Swedes.”

This year’s nomination was submitted by the American Society of Genealogists with supporting recognition by the Swedish Colonial Society and the editor of the Swedish American Genealogist.

The Shirley Langdon Wilcox Award for Exemplary Volunteerism recognizes a volunteer whose generosity of spirit and time has greatly benefited the National Genealogical Society and the genealogical community in general over a period of years.  Ruth J. Turner of Vienna, Virginia, was this year’s award recipient.

The Distinguished Service Award recognizes dedication to the work of the National Genealogical Society.  Recipients must have been a member of the society for at least one year. This award may be presented to an individual more than one time.

In recognition of her efforts on behalf of the National Genealogical Society, the Board of Directors has awarded Sharon L. McKinnis of Temple Hills, Maryland, its Distinguished Service Award. McKinnis took over the Member Ancestor Charts scanning project in December 2010.  In the first six months, she scanned more than 8,400 charts.  She has continued to work at least ten hours a week since taking over the project and completed the project in April 2017.  As a result of her efforts, all 58,614 MAC charts in the NGS collection have been indexed and uploaded to the member only portion of the website and are available for research by NGS members.

Note: NGS is not able to accept additional ancestor charts.

The second recipient of the NGS Distinguished Service Award is Jane Van Tour of Redondo Beach, California. At the 2013 conference in Las Vegas, Van Tour observed how busy the staff was at the conference and offered to help.  At every conference since she has assisted in the registration booth whenever she was needed.  She has reprinted badges, stuffed conference bags, helped attendees with directions, helped with technology issues, and many other jobs, often with a funny story and always with a smile.

National Genealogical Society Past President, Jordan Jones, of Raleigh, North Carolina, was awarded the NGS Past President's pin for his service as president from 2012-2016.

The NGSQ Award for Excellence is presented for an outstanding article published in the NGSQ in the previous calendar year. For 2016, the editors have chosen Rafael Arriaga, a Mexican Father in Michigan: Autosomal DNA Helps Identify Paternity by Karen Stanbary, CGSM of Chicago, Illinois, published in the June 2016 issue of the NGSQ.

This year’s recipient was Aaron Goodwin of New York, New York. The title of his entry was New York City Municipal Archives: An Authorized Guide for Family Historians.  This award is for a specific, significant single contribution in the form of a book, an article, or a series of articles that discuss genealogical methods and sources that serves to foster scholarship and/or advances or promotes excellence in genealogy.

This year’s recipient was Karen V. Sipe, of Seattle, Washington. The title of her entry was A History of the Youtsey Family in America. This award is for a specific, significant single contribution in the form of a family genealogy or family history book published in the past five years. Entries serve to foster scholarship and/or otherwise advance or promote excellence in genealogy.

The President's Citation is given in recognition of outstanding, continuing, or unusual contributions to the field of genealogy or the society. This year, the President’s Citation honors Charles “Chuck” S. Mason Jr. of Virginia who has given generously of his time and talents to benefit the genealogical community by acting as Chairperson for the NGS Awards and Benefits for a number of years.

Ryan Patrick Day of Burlington, New Jersey, was the winner of this year’s Senior Rubincam Youth Award (for students in grades 10–12 or between the ages of 16 and 18). The title of his entry was The Day/Richmond Family History Five Generations.  The Senior Rubincam Award was established in 1986 to honor Milton Rubincam, CG, FASG, FNGS, for his many years of service to NGS and to the field of genealogy. The award encourages and recognizes our youth as the next generation of family historians.

Katie Cowart of Kenneth Square, Pennsylvania, won this year’s Junior Rubincam Youth Award (for students in grades 7–9 or between the ages of 13 and 15).  The title of her entry was Katherine Violet Matchie Cowart's Biography.  The Junior Rubincam Award was established in 1986 to honor Milton Rubincam, CG, FASG, FNGS, for his many years of service to NGS and to the field of genealogy. The award encourages and recognizes our youth as the next generation of family historians.

About the National Genealogical Society

Founded in 1903, the National Genealogical Society is dedicated to genealogical education, exemplary standards of research, and the preservation of genealogical records.  The Arlington, Virginia, based nonprofit is the premier national society for everyone, from the beginner to the most advanced family historian, seeking excellence in publications, educational offerings, and guidance in research. It also offers many opportunities to interact with other genealogists.
Posted by Thomas MacEntee on May 13, 2017
Email ThisBlogThis!Share to TwitterShare to FacebookShare to Pinterest
Labels: National Genealogical Society, NGS, NGS 2017
Newer Post Older Post Home