Genealogy Guys and Vivid-Pix Announce Genealogy’s Unsung Heroes Awards – Nominations for 2Q2019
The Genealogy Guys, George G. Morgan and Drew Smith, co-hosts and producers of the oldest continually produced genealogy podcast, and Rick and Randy, creators of Vivid-Pix, makers of RESTORE photo and document restoration software, today announce that the continuation of their partnership to acknowledge and celebrate those members of the genealogy community who digitize or index photos and other documents of value to genealogical researchers. The Unsung Heroes Awards is a quarterly awards program designed to recognize its recipients in five categories: individuals, genealogical/historical societies, libraries/archives, young people, and a new posthumous certificate award.

Completed nomination forms are being accepted for the 2019 Second Quarter awards. Nomination forms (see below for link to the forms) should be emailed to genealogyguys@gmail.com and winners will be selected each quarter. Winners will receive: a custom-made commemorative mug with their choice of two of their images; an announcement on an episode of The Genealogy Guys Podcast; a profile of the winner published on The Genealogy Guys Blog and the Unsung Heroes Blog at the Vivid-Pix website (www.vivid-pix.com). A certificate will be awarded in the name of the posthumous winner.

Nominations eligible for the second quarter of 2019’s awards must be received no later than May 15, 2019, and the winners will be announced on June 1, 2019. Due dates for later quarters will be announced on The Genealogy Guys Podcast; The Genealogy Guys Blog; the Unsung Heroes Blog at the Vivid-Pix website, but all nominations will remain in the running for future quarters.

Details and links to the nomination form can be found at the website for Aha! Seminars, Inc., producer of The Genealogy Guys Podcast, at https://ahaseminars.com/cpage.php?pt=24. 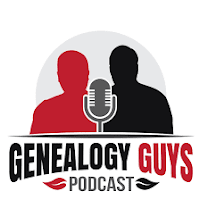 The Genealogy Guys Podcast is a production of Aha! Seminars, Inc., a Tampa Bay-based company that has been providing training to genealogists and library personnel since 1996. Its principals are George G. Morgan and Drew Smith,
noted speakers, authors, and world’s longest genealogy podcasters. The company also produces the Genealogy Connection podcast and The Genealogy Guys Blog.

Vivid-Pix designs, creates and delivers Fast, Easy and Affordable Imaging Software. Since launching in 2012, Vivid-Pix has advanced its products to earn the support and respect of business leaders and photographers in

over 100 countries. Co-Founder Randy Fredlund has more than 150 digital-imaging patents and has extensive experience in Research, Development and Commercialization, enabling him to translate theory into practice. Co-Founder Rick Voight has created billion- dollar businesses through Product Development, Sales and Marketing for Eastman Kodak and Hewlett-Packard. The Vivid-Pix Team is a far-flung group of excellent, enthusiastic people who deliver software that “Give your pics (and documents) the Vivid-Pix Fix!”