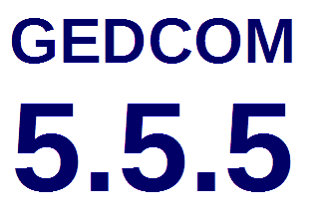 GEDCOM 5.5.5 isn’t just another new version of GEDCOM. Previous versions of GEDCOM were
feature releases; new versions that introduced new features. GEDCOM 5.5.5 is a maintenance
release; it addresses issues with GEDCOM itself, both long-standing issues as well as those that
result from the twenty year hiatus.

Easier to Import
Developers will welcome technical changes that it make it easier to import GEDCOM files, such as
• Simplified GEDCOM grammar
• Clarification that tags are case-sensitive
• A well-defined version number format
• All GEDCOM identifiers must be alphanumerical now
• The LF/CR combination is no longer a legal line terminator
• no CONC or CONT in GEDCOM header
• The Byte Order Mark (BOM) is mandatory
• Clear & simple rules for dealing with white space
Simple CONC & CONT rules
• and many other simplifications
Significant Simplification
Despite not introducing any major features, the What’s New section of the GEDCOM 5.5.5
specification is about twenty pages long. GEDCOM 5.5.5 features such things as more accurate,
consistent and current terminology, new sections, and more bonus chapters, but the key change that
makes GEDCOM 5.5.5 a better GEDCOM is significant simplification.

One Place Name Format
GEDCOM 5.5.1 has a feature that allows a GEDCOM file to define its own place name format, and
even use multiple, different place name formats in the same file. It remains widely unsupported; the
one application that tried to support it makes it mess of your place names.
GEDCOM 5.5.5 simplifies GEDCOM an increases compatibility between applications by removing
this feature, and simply supporting the one place name format all users know; jurisdictional levels,
ordered small to large, separated by a comma and a space.
One Way of Doing Things: One Record per Thing
GEDCOM 5.5.1 has various records that duplicate functionality already provided by other records.
GEDCOM 5.5.5 gets rid of the duplicates. The What’s New section has a table showing which
record to use instead.

One Character Set: Unicode
GEDCOM 5.5.1 allows ASCII, ANSEL and Unicode. What’s more, in practice many vendors still
use code pages such as Windows ANSI, while they’ve never been legal.
During the past two decades, the genealogy industry has switched to Unicode, and allowing export
to anything but Unicode is allowing loss of characters. GEDCOM 5.5.5 prevents such loss by
demanding Unicode.
Simple CONC & CONT rules
One aspect of GEDCOM that has presented problems for users is the use of CONC & CONT
records, because some applications do not handle these correctly. The GEDCOM 5.5.1 Annotated
Edition provided simple guidelines for handling CONC & CONT correctly.
GEDCOM 5.5.5 provides the simplest CONC & CONT rules ever, making it near impossible to
mess up.