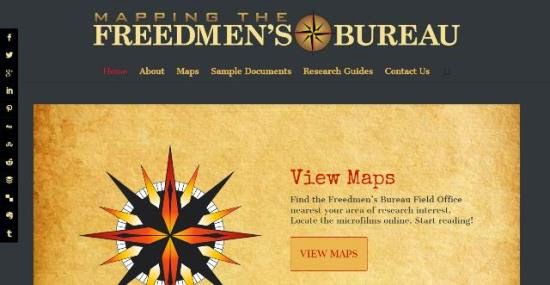 Did you know that the majority of Freedmen's Bureau records are now digitized and available online for free? Did you know that there are also digitized images of the records of other institutions that served newly-freed African Americans during Reconstruction, such as the Freedman’s Savings and Trust?

Researchers can use the website's interactive map to learn which of these services were located near their area of research interest. If the records are online, the map provides a link to the records that tell the stories of newly-freed former slaves in the United States. The site also maps the locations where African Americans who served in the United States Colored Troops (USCT) fought in battle.

The goal of this mapping project is to provide researchers, from the professional to the novice, a useful tool to more effectively tell the family story, the local history and the greater story of the nation during Reconstruction.